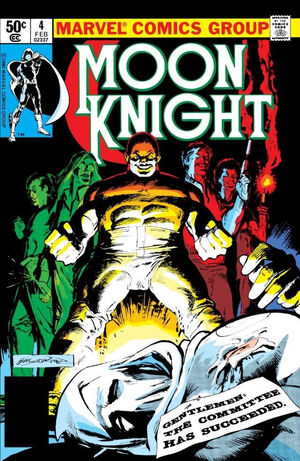 Welcome again to another ITK newsletter, this time coming a little early due to commitments tomorrow night which will not allow me to write up and send off, as has been the case previously. You may well be wondering why, and the simple answer to that is – CAPTAIN MARVEL!

Yes, I’ll be watching Captain Marvel tomorrow night, and I am pretty excited! I’ll also be joined by podcast tour de force, David Finn from The Signal of Doom, so it should be a fun viewing of the film starring Brie Larson and Samuel L. Jackson, but it should also prove to be a good discussion before and after the film, with one half of the Signal there! (He’ll also be joined by his lovely partner, Michelle, and all this has been graciously arranged by friend of the show, Natashca.

With ConnorShu watching it in the morning session on Wednesday, we’ll have plenty to talk about on the show during our opening ‘Idol Chat’ segment; there’s also a discussion of Alex Looman’s latest fan film offering of Winter Soldier – he assures me it has a Moon Knight cameo, so we’ll be sure to watch it and give it our thoughts on the show too; finally, we’ll also hopefully be joined by High Priest Rebecca, so the upcoming show is pulling out all the stops!

With all that happening at the outset of the show, we then come to the main ‘meat and potatoes’ of the show and that is the LUNAR-PICK review –

PHASE OF THE MOON: WAXING CRESCENT (but we’re doing a WANING CRESCENT!)

As shown above, and mentioned on our last episode, we got the moon phase wrong (well, I did!), so in an attempt to resolve this and to appease Khonshu, we’ll be doing the Classic run review this episode – which really should have been done last episode…ah well – you win some, you lose some!

I haven’t read this in a while, but I reckon it’ll be fun to revisit and it’ll be interesting what the other High Priests make of it.

It should be readily available digitally and in singles…I’ll be diving into my Epic Collection Vol 1 ‘Bad Moon Rising’ to check out this issue, which is reprinted on decent paper stock and beautiful recreated inks…

Similar to the Bendis issue we covered last week, we’d be really keen to hear your thoughts on this one – it’s an old school issue, but it has much of the Moench and Sienkiewicz charm…there’ll be a discussion post coming up for you to let us know your thoughts, but there are also many other ways to reach us –

We haven’t really been plugging this all that much, but there’s a chance for you to jump onto our Discord server and listen in on our live recording! You may hear stuff that doesn’t make it onto the final cut, which may be fun; or you can share your thoughts in real time too…via the chat room! We can give you a shout out or discuss any questions you have on hand then and there!!

Below is the time we will go on air…depending on where you are in the world, hop on at the appropriate time and we hope to see you there!

We had a bit of a slow month in February ( I did the cheeky and checked our listener hits on our Libsyn statistics)…we’ve got plenty in store for this year, and have lined up a heap of guest interviews, so please stick with us and share the love with anyone else you may think might enjoy our podcast!

March itself will involve a heap of recording (already have  one awesome interview in the bag with at least another three more in the pipelines) so be sure to keep your eye on our social media pages for all the upcoming goodies!!

Here’s the Captain Marvel tomorrow night – if you are going to see it, I do hope you enjoy it..here’s to another era in the MCU….hopefully it will include Moon Knight in some capacity!!