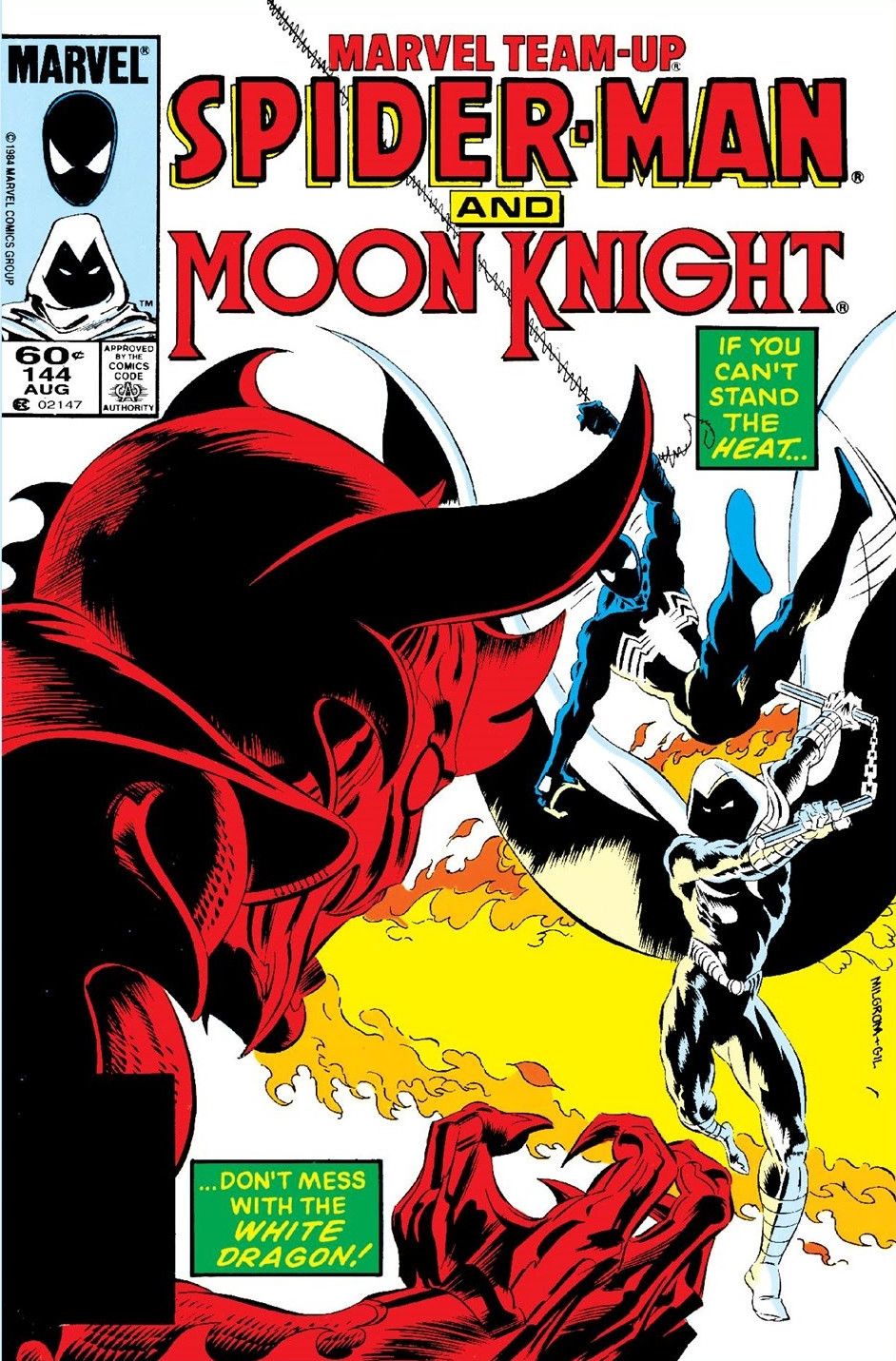 High Priest of Khonshu Rey is joined by a returning Knol ‘Loony Toonz’ Tate, who only just recently discussed a classic Moon Knight tale at the Temple of Khonshu.

First though, your hosts discuss the breaking news of the ALMOST confirmation for casting of Moon Knight for the Disney + TV show…what does it all mean, and can it be trusted?

Then Knol returns to discuss with Rey a comic book of his choosing for this segment (OTHER SIDE OF THE MOON) which focuses n Moon Knight featured in a comic other than his own.

Dorky villain, but solid story telling aplenty! Tune in to hear what your two hosts make of this 1984 Chinatown romp!

SEGMENT:OTHER SIDE OF THE MOON

Moon Knight is in Chinatown, paying his respects to a friend who was recently murdered by White Dragon. Meanwhile, Peter Parker is asked to take some photos of the recent spate of street violence in Chinatown. While there, he visits his old school friend, Phillip Chang. Chang explains that both sides of the gang war have tried recruiting him, but after his parent’s were killed, he had vowed to never use violence again. White Dragon attacks, and luckily Moon Knight and Spider-Man show up to save the day. Spider-Man keeps an eye on Phillip’s apartment, but White Dragon uses a diversion to capture Phillip. Spider-Man is told to stay out of the fight, but Moon Knight shows up and tells the people on the street that Kingpin had recruited White Dragon in a bid to take over Chinatown. He then fights White Dragon, saving Phillip, who still had refused to raise his hand in self-defense.