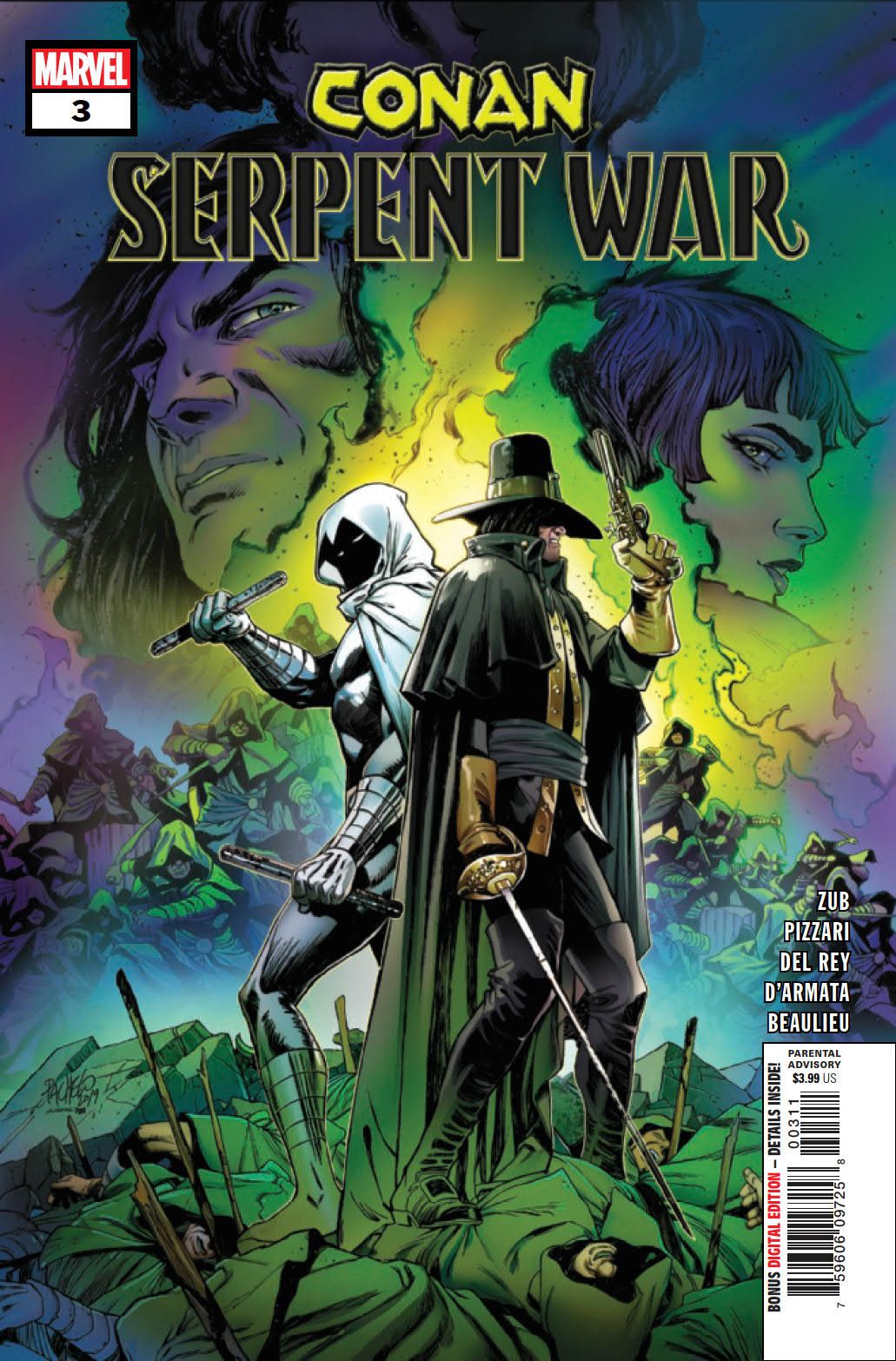 High Priests of Khonshu Rebecca and Rey join forces to discuss the latest offering to Loonies worldwide – Conan: Serpent War #3!
There’s alot of discovering along the way as the two High Priests tease out the gems which lie hidden in this LUNAR-PICK New Comic Issue…
Amongst the gems are alot of waste, so be warned, the kid gloves are off!
LUNAR-PICK  New Comic Book Review
CONAN: SERPENT WAR ISSUE #3
Released January 2020
Written by Jim Zub
Art by Luca Pizzari, Vanessa Del Rey
Colours by Frank D’Armata, Jean-Francois Bealieu
Letters by VC’s Travis Lanham

The four fighters across space and time track down Set’s relics in the hope to destroy his coming power.

James Allison and the Wyrm convene to watch and witness the likes of Conan and Dark Agnes in the Hyborian Age, along with Solomon Kane and Moon Knight in the 1500s encounter Set sympathisers and both parties succeed well in culling Set’s followers.

The mysterious vessels which guide the two parties lead them to a bracelet – one in the Hyborean Age, and the other in 16th century Europe. The bracelets are to be destroyed simultaneously, and in doing so, would strike a massive blow to the God of Chaos.

James Allison is released from the etheral hold of the Wyrm and once he feels his spirit lifted, Allison can’t help but acknowledge his hand in helping the Wyrm’s own ends.

In a dazzling array of green energy, Moon Knight is seemingly whisked away to another space/time…where the real war is raging…