So glad to have you drop in to this here little newsletter! Now what you’d traditionally have in your hot little hands, your eyes are no doubt scanning on screen but don’t let that stop me from thanking you for subscribing to our newsletter for all your Moon Knight needs!

This coming episode, I had the absolute pleasure to be joined by fellow Loony and FAR more experienced action figure collector, Brian Warshaw (What Is It Good For?) to help review one of the more recent Moon Knight figures available for every Loony’s shelf –

PHASE OF THE MOON: FIRST QUARTER

Special Guest Co-host, Brian Warshaw (What Is It Good For?)

Brian is not only very passionate and learned about the art of action figure collecting, but he’s also very handy behind the mic, as he podcasts himself. His podcast, Comics Now, is a great show covering all things geek culture and there are a couple of really good interviews on there too! Definitely worth checking out!

Brian also knows a thing or two (thousand) about action figures so it really proved insightful chatting with him and I came away learning a great deal. He also had fun skirting around the B-word (if you know what I mean), however, I still had to pull out the bleeps to keep the show Bat-free!! 😛

A point of difference for this upcoming episode is that not only does Brian bring his A-game, but he’s also generously shared some photos of his Mezco Crescent Edition Moon Knight figure, so I’ll be creating an album that can be viewed and referenced for the podcast…I hope you get to have a squizz at Brian’s photos…the figure looks stunning and it will give you a good sense of what we are talking about during the review.

SEND US YOUR THOUGHTS!

Though there won’t be any spoiler threads as such, and although the chat is pre-recorded, that doesn’t mean that you can’t send us in your thoughts! We always love hearing from you, and I’ll add a segment towards the end of the show with any comments any Loonies have on the figure….contact details as per usual, and I might even post up a thread…

The results are in for the first month of the new season and I have to tell you, we’ve got a huge surprise!

The final weeks of September saw a huge push in performance from the two captains (Captain America and Captain Marvel) which saw Jason skyrocket in points and he ends up claiming first place with 64 points!

Tommy petered off towards the end of the month and drops from a leading first place to third; I’ve managed to retain second place with a solid perfomance from top-tier character Wolverine.

Chad shows he is still vying for an improvement from last season by hanging onto fourth place, with unfortunately Dustin rounding off the division with a quiet month from the likes of seemingly big hitters Doctor Strange, Thor and the two Hulks. So, at the end of the first month, the season points tally are awarded as follows –

At the end of the four months, whomever accrues the highest amount of season tally points is awarded the winner of the season and claims a trade paperback of their choice!

We are in the midst of drafting for October (hopefully we’ll lock all our players in soon) and then it’s a tense wait to see how our characters fare over the month!

September, however, belongs to Jason – so he currently has bragging rights over his other Loonies! Well done, Jason!! Great start to your inaugural season!

Just a small note that I’ll be traversing the podcast airwaves again, so you’ll be able to find me talking all about – you guessed it – Moon Knight, on 20th Century Geek alongside my fellow Moon Knight fan and host for the show, Scott Weatherly. 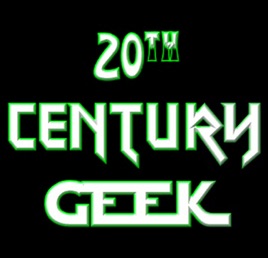 It will be the second part to Scott’s spotlight on Moon Knight – if you haven’t checked out his Episode 89, I urge you to do so. I had so much fun chatting with Scott about Moon Knight in the comics; some SPECTOR-LATING; and some talk about the upcoming TV show. It was an absolute pleasure being on, so Scott, if you are reading this – thank you very much!! As Scott mentioned, we could have chatted for hours on Moony…keep your eyes pealed for the 90th episode of 20th Century Geek…it’ll be sure to please! Just a reminder that our ITK merchandise has been updated, so for a limited time (say for about a month or so), you’ll be able to purchase some clothing, pins or stickers of our official ‘Certified Loony’ design!

Wear it proudly and tell the world in no less terms, what you are – an ITK and Moon Knight fan!

Links to our merchandise can be found at the bottom of this newsletter – consider making a purchase today! All proceeds go towards the upkeep of the podcast!

Right, that about does it for this newsletter! As you can see, the ITK community is thriving and it’s such a thrill that we are, as a community, full of passionate and dedicated Loonies keen to interact. As one final note, I only recently put out there a call for any Loonies keen to come onto the show to chat and review any Moony stuff and things have changed from last year! WE are slowly growing in numbers and with that comes a fair few who are keen to give podcasting a go – it’s thrilling to see, so just want to let all those who showed an interest, that I will be in touch with you to tee up an episode which we can do! Like many Loonies, I love meeting like-minded fans, so it’s a huge buzz for me! A massive thank you once again!

OK, gotta get this out there! Be good, listen to yourself, and MAKE SURE EVERYONE CAN SEE YOU COMING!