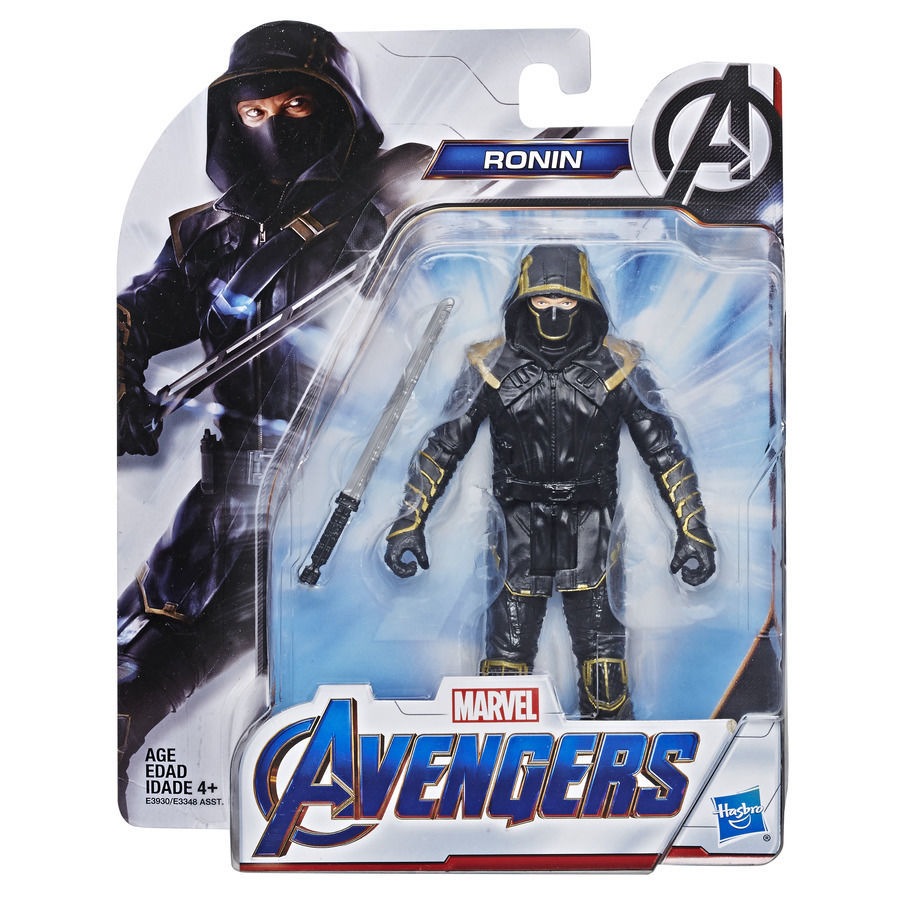 Sorry Loonies – just touching up on my Dutch…hope you’ve all been well!

After a very very cool chat with another Loony, Knol last week, the High Priests will be back at it again but this time it looks as though either Khonshu is having a laugh at us…or it is indeed destiny –

Yep, we are back to review toy figures once again and it’s going to be a bit of a weird and varied one as to be honest, Connor and I didn’t imagine we’d be back doing another toy figure for some time…but it seems the First Quarter Moon and Khonshu have different ideas!

So, to keep things fresh, the review will be VERY loosely based on Moon Knight (as we did an overall review of all the toys in our last KHONSHU’S IDOLS) – and we’ll be looking at upcoming Hasbro releases in 2019 for all the Marvel Legends figures.

Now as the picture above suggests, there will be a swag of Endgame toys, but it also means we’ll also get a Ronin figure. Now, for those of you who don’t know….let me connect the dots…

Hahaha! Yes, there is the tenuous connection for you to justify the upcoming episode as a Moon Knight one!

But fear not – we’ll still have plenty of news about Moon Knight to discuss (and by looking at the FB group and some of the posts…there are some cool tidbits which we can’t wait to discuss which involve our boi); there’ll also be Spector-Calls to some Loonies who have been very kind to the High Priests as well as some Loonies who have lit the torch for Moony and have made fantastic fan made art/film about the Fist of Khonshu.

Our channels will be also again for you to join us on the show as we record live, via our Discord Server! Below is the time and date that we will be on air as well as a variety of timezones – depending where you are, please consider dropping in to hear us live, and you can also send instant messages whilst we are on the show – we’ll be able to respond to you immediately and give you a darn good shout out!!

……Well, I better get this off to the printers so that you the Loonies can get a heads up of what’s up ahead!

A HUGE thank you for sticking with us and listening to the show…we recently surpassed 15,000 hits for the show…meaning our show, whatever the episode, has been downloaded/streamed and watched a massive 15,000+ times! It astounds me, and all I can say is thank you very much, and I hope we can continue to serve you the Loonies in the future.

Also, a shameless plug…I recorded last night the latest episode of Last Sons of Krypton Podcast with the OTHER Connor (Connor-El)…it’s a fun show and something quite different from Moon Knight. If you are curious and are open to exploring more of Superman, please give it a go!

Alright…time to skidaddle… Under Khonshu’s Eye…. or as we like to say –